Huzzah! On November 13th, 2018, the Quincy City Council voted unanimously to create a task force to study curbside food waste pickup. The supportive letters that QCAN friends wrote to their ward councilors and the councilors-at-large no doubt made that happen, so thank you to all who made their opinions heard! Thank you also to Ward 6 Councilor William Harris, who introduced the resolution, and to Ian Cain, who amended it, suggesting the task force study the pros and cons of building a food-waste recycling facility right here in Quincy. 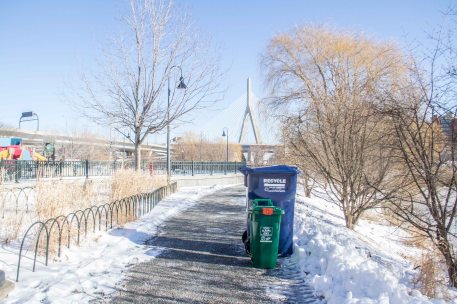 Why does QCAN support this plan? In short, recycling food waste is cheaper than throwing it away. Cambridge pays $100/ton for trash but only $65/ton for food. (Quincy pays $74/ton for trash until next summer, but the cost for trash is expected to rise statewide as two landfills are slated to close next year.)

It’s also better for the environment. If the food is sent to an anaerobic digester, as Cambridge’s food waste is, its decomposition creates biogases that can be burned to produce power, reducing the need for power sourced from fossil fuels, along with “digestate” that can be used as fertilizer. And if it’s sent to a composting facility, that compost can be used to improve soils, obviating the need for chemical fertilizers that are surprisingly energy-intensive to produce.

Let’s keep the momentum going and join more than 100 other cities, such as Cambridge and Seattle, and soon Washington, DC, in turning our food waste into a valuable resource. Email info@quincycan.org if you’d like to play a role in bringing curbside composting to Quincy.

How you can help.

It's an easy way to make a difference, and it’s partially tax-deductible.
Sign up for a free home energy assessment.

What is your Carbon Footprint?

Use this Carbon Footprint Calculator and discover how you can conserve energy and save money today!